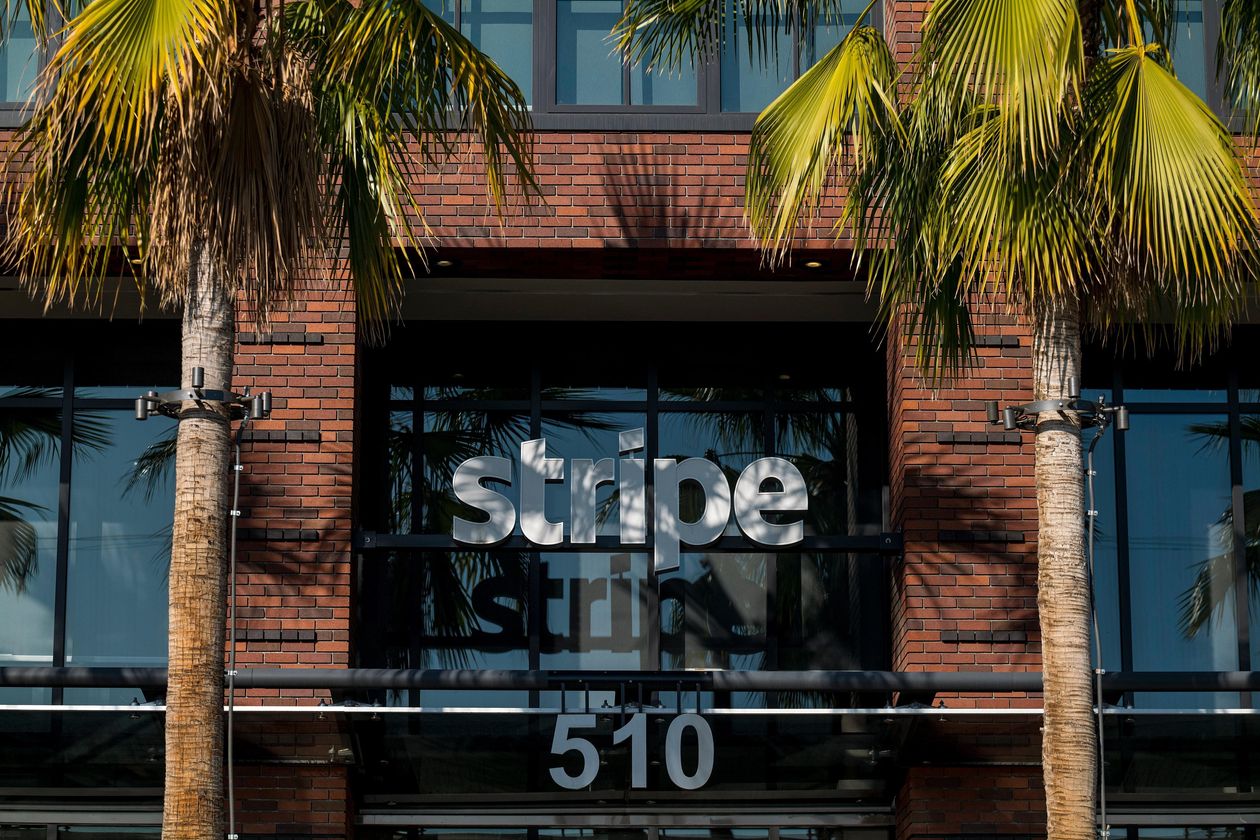 A fresh fundraising round for Stripe Inc. has made the financial-tech company one of the world's most-valuable startups.

Stripe said on Sunday that it raised $600 million from a group of investors that included Ireland's National Treasury Management Agency, insurers Allianz SE ALIZY -0.35% and AXA SA AXAHY -1.16% and investment managers Baillie Gifford & Co. and Fidelity Investments. The round valued Stripe at $95 billion, more than 2½ times the valuation it attained in a 2019 fundraising round.

Thanks to the new fundraising, Stripe is now worth more than other startup darlings like Instacart Inc. Globally, it still trails the Chinese fintech giant Ant Group Co. in terms of valuation.

As a payment processor to startups and fast-growing internet companies, Stripe benefited from the pandemic-induced boom in online shopping. Stripe customers including DoorDash Inc., Shopify Inc. and Wayfair Inc. all experienced a surge in demand as consumers shifted their spending away from bricks-and-mortar establishments.

In the pandemic, some small businesses were unhappy with steps Stripe and other payment processors took to protect themselves from possible losses. The maneuvers, including sometimes making the businesses wait extra days or even months to access money deposited in their accounts, intensified a cash crunch at many firms.

Stripe doesn't disclose its payment volumes or financial results. The company said in a release that it processes payments worth hundreds of billions of dollars a year for millions of businesses world-wide and that it counts as customers more than 50 companies that each use Stripe to process more than $1 billion annually.

Beyond payments, Stripe has been adding more financial services to the products it offers customers. In December, Stripe announced it was teaming up with banks including Goldman Sachs Group Inc. and Citigroup Inc. to offer checking accounts and other business-banking services to merchants.

Investors have long viewed Stripe and other payments companies as a way to get exposure to a range of fast-growing industries. More recently, though, some have started to wonder if the Covid-fueled run-up in tech stocks is overdone, and they are starting to rotate out of popular tech companies and into established industries like banks and industrials.

With the new funding, Stripe plans to bulk up its European business. The San Francisco-based company recently named Dublin as a second headquarters and added former Bank of England governor Mark Carney to its board of directors.

Closer to its home in California, Stripe has stepped into the political-speech fray that other tech giants are wading through. After the pro-Trump riots at the Capitol in January, it stopped processing payments for former President Trump's fundraising apparatus.

Write to Peter Rudegeair at Peter.Rudegeair@wsj.com