IPO BANK 29 de março de 2021
A man walks past an RELX vaping shop owned by RLX Technology, in Beijing. The group's wild ride highlights the risks and rewards to be found in the global IPO market | Imagem: © REUTERS 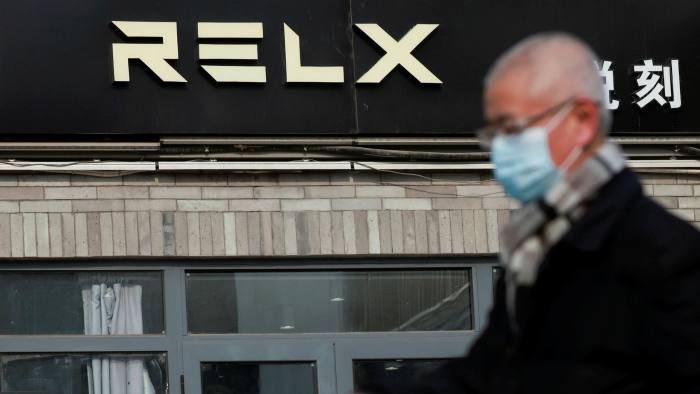 As in the dotcom era, some investors may become wealthy while others are left holding the bag

When China's biggest e-cigarette maker listed its shares on the New York Stock Exchange in January, the price doubled on the first day, lifting RLX Technology's valuation to $46bn.

But last week RLX's share price crashed to earth on reports that Beijing is tightening vaping regulations and fears the US will delist Chinese companies. It is now worth $14bn.

RLX's wild ride highlights the risks and rewards to be found in one of the steamiest parts of the red-hot global market for initial public offerings. Investors have been pouring into cross-border US listings, in which far-flung companies sell shares on the NYSE and Nasdaq. Just as in the dotcom era some people are becoming very rich, but others may well be left holding the bag.

Global IPOs are on pace for a record first quarter. The $90bn raised so far is more than triple last year's total at this time, and the 400-odd floats are ahead of the pace set in 2000, according to Refinitiv data. Those totals don't even include a further $91bn raised by 300 Spacs, special purpose acquisition companies that seek to merge with private groups.

Much of the activity is in the US. Companies seen as pandemic winners, mostly in tech and healthcare, are rushing to float while enthusiasm is high. Many are homegrown entrepreneurs, but others have little US connection. Their assets and customers are abroad, often in Asia. Yet cross-border floats account for 38 per cent of new US listings this year, the most in two decades.

This month, Coupang, a Korean ecommerce company, made the largest US debut for an overseas company since Alibaba in 2014. In February, Chinese cloud services provider Cloopen saw its share price triple on its first day of NYSE trading.

These companies head to the US in search of higher valuations and experienced investors who are comfortable pouring money into groups that have yet to show a profit. US listings also allow overseas groups to benefit more directly from supportive Federal Reserve policies and President Joe Biden's $1.9tn stimulus package.

Other stock exchanges are watching with envy. Singapore, where IPOs are down year on year, is accelerating plans to attract Spacs, and London, despite having its best start on IPOs since the 2008 crisis, is overhauling its listing rules to make floats there more attractive to tech founders.

For US-based investors, cross-border listings have significant appeal. They can tap into growing overseas markets, the rise of ecommerce in emerging markets and Asia's relatively rapid recovery from Covid lockdown - all without the bother of foreign stock holdings. Coupang and Cloopen may be lossmaking now, but so was Amazon in the 1990s, enthusiasts say.

However, the overseas element adds economic and political risks. Though cross-border IPOs comply with US rules, many of them have multiple share classes or other structures that limit the rights of minority investors. It is also hard for western investors to anticipate regulatory changes in countries they do not know well. The problems are most serious in China, but extend further.

"You really don't know what you are getting," says Charles Elson, a governance expert at the University of Delaware. "You are betting that their corporate success is going to be so great that they will pass some of it on to you."

RLX is a cautionary example. Investors seem to have been blindsided by Beijing's proposed new rules on e-cigarettes. US-listed Chinese stocks have also been hit more broadly by this week's announcement that American regulators are moving forward with plans that would force all Chinese companies to delist if Beijing continues to deny watchdogs access to their books.

A broader shift away from high growth companies to stocks that will benefit from post-pandemic reopening is also starting to affect share prices. China's Connect Biopharma is below its March 19 listing price. Zhihu, a Chinese question-and-answer website, priced at the bottom of its range yet still opened sharply down on Friday. Korea's Coupang has been spared specific China concerns, but its share price is still below its first day's close.

Bankers insist that the strong companies will survive and benefit from long-term emerging markets growth. "The excess speculation is being wrung out of the market. That's very normal. Stock charts don't got up in a straight line," says Gregg Nabhan of Bank of America.

That's certainly true for Amazon, but also for Pets.com and dozens of bankrupt companies that no one now remembers.