IPO BANK 8 de abril de 2021
Bankers on the Deliveroo listing are bracing for further turbulence as some 70,000 retail investors will be allowed to begin trading the stock from Wednesday morning | Imagem: © REUTERS 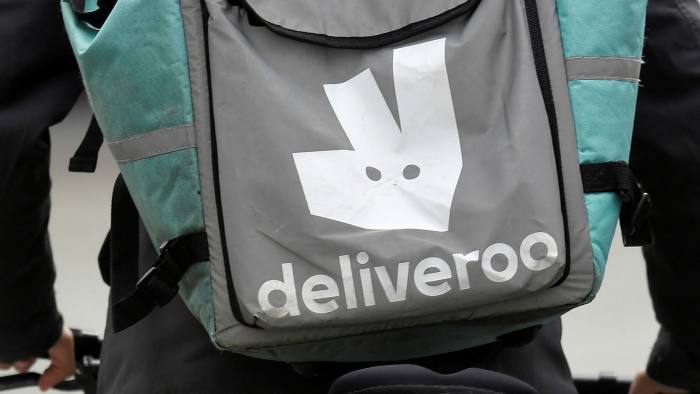 Goldman Sachs bought about £75m in Deliveroo shares to prop up trading in the UK food delivery group after investors shunned its market debut, according to two people with direct knowledge of the matter.

The purchases by Deliveroo's underwriters equate to nearly a quarter of the value of shares traded in the London-based group during its first two days as a public company last week, according to Bloomberg data.

The stock's debut attracted unusually low levels of trading for one of London's biggest initial public offerings in years. Volumes were around a third of what Deliveroo's advisers had anticipated.

Shares in Deliveroo tumbled as much as 31 per cent after banks priced the shares at 390p each in the £1.5bn IPO, which has been dubbed the worst in the history of the London market.

The £75m worth of purchases by Goldman Sachs, when used in combination with the "overallotment" reserved for stabilising the IPO, mean the bank should have booked a profit from Deliveroo's declining share price.

This is because brokers sell more stock than their allotments at the issue price and then cover their orders either by exercising the overallotment option or, if the shares fall, by buying in the market at below the flotation price. The difference between the 390p issue price and whatever Goldman Sachs paid in the market equates to the profit booked on the trade.

But these profits will be surrendered to Deliveroo, as part of an agreement between the two companies which was not disclosed in the company's IPO prospectus, people with direct knowledge of the matter added.

So far, Goldman has used roughly half of the overallotment designated to stabilise the price of Deliveroo's shares in the event they fell after listing, said one person with knowledge of the deal.

Deliveroo shares closed at 280p on Tuesday, giving the company a market value of £5.1bn, down from the £7.6bn valuation its IPO was priced at.


Bankers on the IPO are bracing for further turbulence as some 70,000 retail investors, who were sold £50m worth of shares allocated specifically for Deliveroo customers, will be allowed to begin trading their stock from Wednesday morning.

The fallout from Deliveroo's IPO has hurt investor sentiment just as the UK government has been taking steps to increase the attractiveness of the London market to privately held companies.

Advisers working on the deal received roughly £49m in fees from Deliveroo. While Goldman Sachs is the sole stabilisation agent on the deal, it was in charge of the listing process alongside JPMorgan. Other banks on the deal include Bank of America, Citigroup, Jefferies and Numis.

Bankers working on the deal have sought to blame market conditions and short sellers for Deliveroo's poor trading performance. However, others have expressed concern over the decision to go ahead with the listing as it became increasingly clear it would face difficulties in the run-up to last week's final pricing decision.

Deliveroo made its debut too late to benefit from last year's tech stock surge, but too early to capitalise on planned changes to UK listing rules that would allow companies with dual-class share structures - which give chief executive Will Shu control of the board - to secure a premium listing in London and inclusion in the FTSE 100.

Last week's rough reception for Deliveroo could see more European tech companies look to list in New York or Amsterdam instead of London. So-called 'blank cheque' vehicles, or special purpose acquisition companies, from the US have been courting Europe's high-growth tech companies in the hope of luring them to New York.